The hashtag #ChinaLiedPeopleDied has been around Twitter for quite a while. Its army of believers accuses China for hiding the true number of COVID-19 patients and deaths.

One common characteristic of the believers' posts is that there's no hard proof. "Leaked government papers" without a photo and other untraceable sources are mostly used to give apparent credit.

But when the official number from China is checked, there seems to be "no evidence of manipulation," according to pre-released research by experts from Oxford University and the Federal Reserve Bank of Dallas released on Monday.

"We find Chinese confirmed infections match the distribution expected in Benford's Law and are similar to that seen in the U.S. and Italy and thus find no evidence of manipulation," said the abstract of the paper, which is currently under review by the Social Science Research Network (SSRN).

"Policy makers in the rest of the world should trust the Chinese data," the abstract goes on saying.

Benford's Law states that in a natural data set with no man-made changes, the first digits in the numbers tend to be small. To be exact, the chance for a number to start with 1 is as high as 30 percent, and 17 percent for the digit 2.

The law has been "widely demonstrated in economics and accounting... to detect fraud or flaws in data collection," the paper says.

Koch and Okamura collected China's data from Johns Hopkins University's Corona Virus Research Center, which is freely available online, and compared it with the numbers for U.S. and Italy. It turned out that these three sets of data matched with the expectation of Benford's Law. "Thus we reject the hypothesis that the Chinese data has been manipulated," concluded the paper. 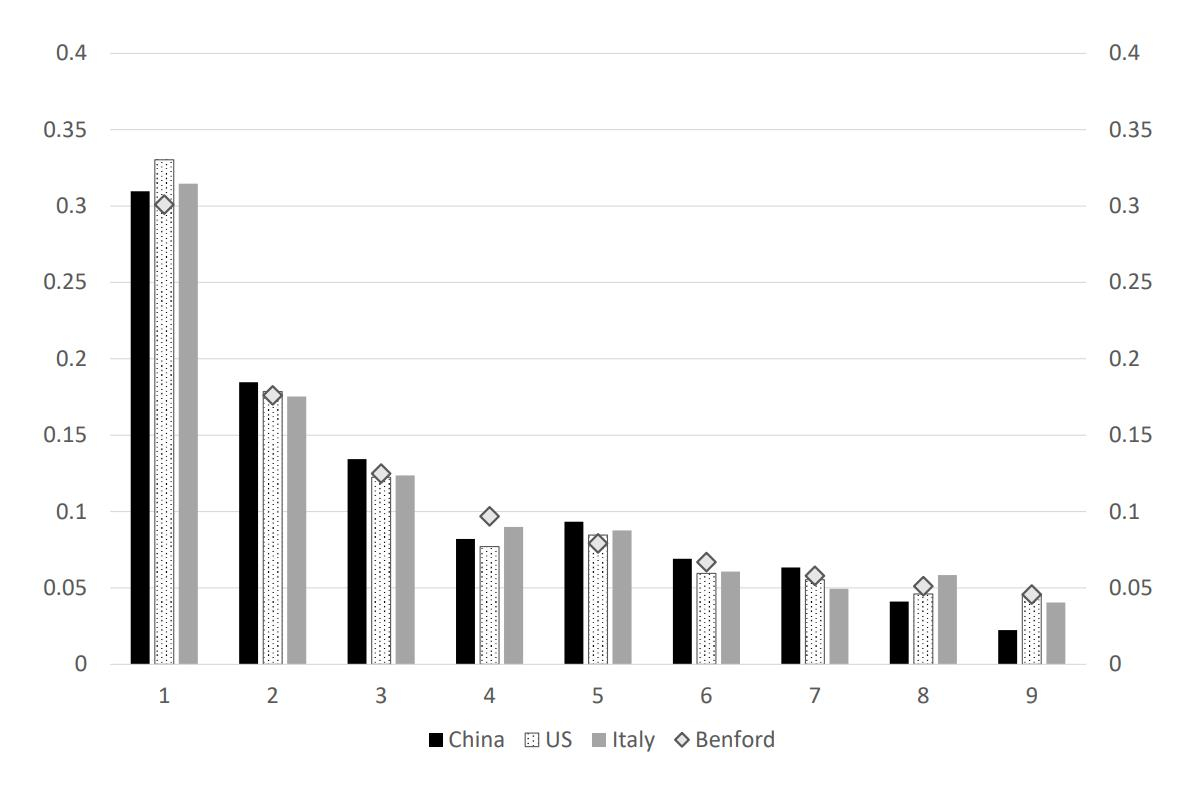 The paper also suggested that data released from China should be used to "for guidance in the lifting of stay-at-home orders" because the country is weeks ahead of Europe and the U.S. in the progress of the novel coronavirus outbreak.