Brazil's President has announced he will concede to truck drivers' demands after a week-long strike that has paralyzed much of the country.

Truckers angry at rising fuel prices have blocked major roads across Brazil since May 21, preventing the delivery of goods to supermarkets and gas to petrol stations.

Citing concerns about lack of medicine and basic goods, President Michel Temer said Sunday that his government would subsidize the cost of diesel for the next 60 days, exempt empty trucks from tolls and introduce a minimum freight fare for truckers.

Temer said diesel prices at the pump would be cut by 0.46 reals per liter (roughly $0.13) for the next two months. He said prices would increase just once a month after that. Prices had risen to 3.6 reals ($0.98) per liter before the strike, with five increases in the week before truckers took action.

The government would pay state-run oil company Petrobras the difference in price, Temer said in a televised address from the presidential palace in Brasilia. 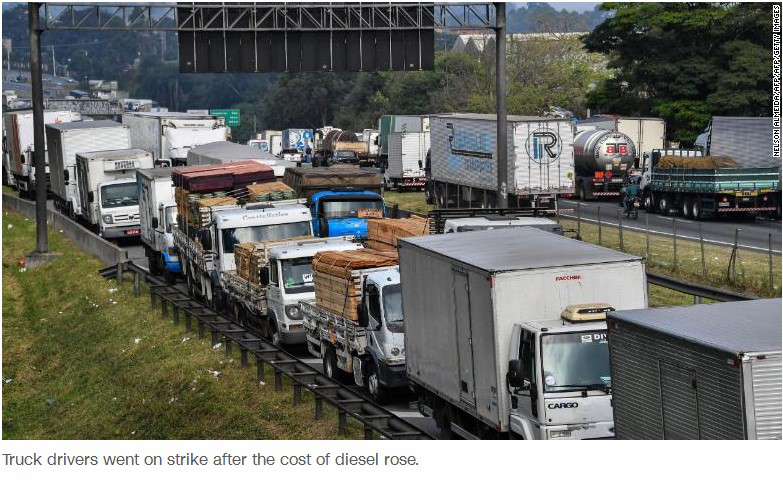